Ireland has its say….

This has been an interesting week in international politics, so we decided to have a look at how Ireland feels about some of these developments. 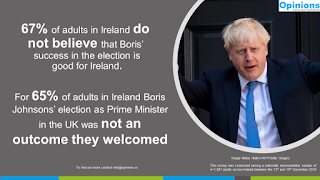 On Friday, it became clear that Boris Johnson was going to romp home in the British General election, with a historic win that saw his conservative party taking 365 seats; a gain of 66 seats giving him an overall majority in Westminster. How do people in Ireland feel about this?
Not good it seems with 2 in 3 believing that the outcome was not a good one for Ireland and a similar proportion stating that it was not an outcome they welcomed. 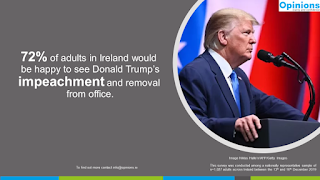 This week also saw the announcement that Donald Trump’s impeachment trial will go ahead.  It seems there is little sympathy for Trump here in Ireland with almost 3 in 4 saying they would be happy to see him impeached and forced from office in the US. 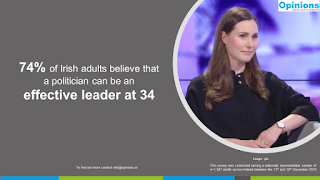 The world’s youngest Prime Minister
On a more positive note, this week saw the appointment in Finland of the world’s youngest prime minister Sanna Marin; she is 34 years old.  We wanted to know if Irish people believed that age might be an impediment to her success in leadership and it seems that few have any concerns in this regard.

To find out more about these stories, or how Ireland feels about the things that matter to you contact info@opinions,ie

This survey was conducted among a nationally representative sample of n=1,027 adults across Ireland between the 13th and 16th December 2019.